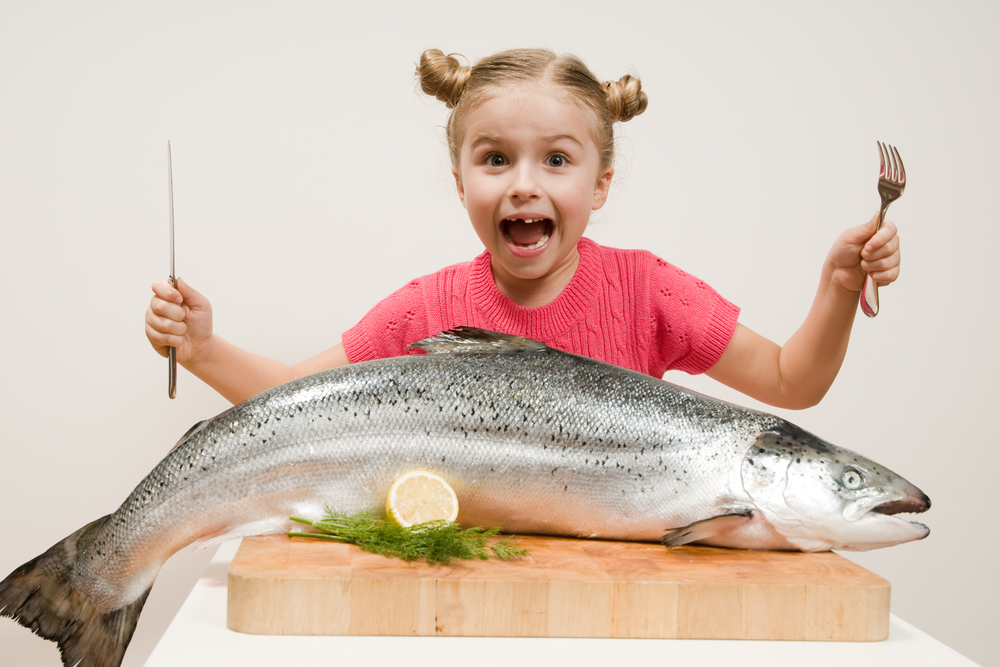 I love fish! If I don't eat fish, I feel lethargic and depressed. Is this psychosomatic or real? I don't really know. But as I got deeper into working with Dr. Gonzalez, one of the horrible protocols I had to do was to cut down on fish and meat - otherwise known as animal proteins.

Oh no! I ate fish- raw fish - almost two times a day. I couldn't even think about what else to eat in its place.

Dr. Gonzalez wanted me to cut down on eating fish to only 3 times a week...Talk about depressed! I didn't know where to start in revamping my diet! It was a huge change for me as a big chunk of my eating habits included not just fish, but the restaurants where I was used to ordering from or going out to eat at were fish restaurants.

What's a woman to do?

I was so upset with Dr. Gonzalez that I couldn't even discuss this with him! I never, ever asked why I had to cut down on fish; I just didn't want to talk about it. As time passed, it just became part of my routine to eat fish only three times a week. And I really didn't feel the need to discuss this with Dr. Gonzalez. However, with time comes emotional distance, so then I started to wonder: what is it about animal protein that made Dr. Gonzalez take it out of the diet of a patient who was so obviously a MODERATE vegetarian?

Well, I finally got my answer.

The other day while on my way to LA, my mom (who works at the town library) handed me a book to read on the plane. It was called The China Study.' I had wanted to read it, but as with most books, I know so much of what they talk about - or I so disagree with what they talk about - that I can't get through it. At the start, The China Study' was exactly what I was expecting!

After reading just one chapter where they were discussing eating proteins like fish or meat or chicken, I wrote a blog wondering why it is that people leave out whether they are doing their research with raw protein or cooked. I even wondered if they were talking about eggs (I eat one raw egg almost every morning!) and cheese (of course I eat raw milk cheese), or if they meant only animal FLESH.

But as I pushed on and read Chapter 3 of The China Study,' I got some of my answers. It became clear to me that proteins turn on the aflatoxin in cells and in the process damage DNA. It didn't matter if they were raw or cooked. More specifically, if you ate more protein, your possibility for a cancer incidence went up. If you ate less, your cancer incidence went down!

Cool! This is something I can sink my teeth into, a DIRECT correlation! Or, this is how T. Colin Campbell put it: by eating a low (animal) protein diet you could:

"Reduce tumors by the following mechanisms:

This is heavy! And seriously, maybe it's a bit too scientific for me. I hardly understand it! But what I do get is that the results of all his testing all point in one direction! Cut down to about 5% or less of animal protein in your diet and cancer could be a thing of the past!

So, Dr. Gonzalez was right, as he always was. And by the way: eggs do count as animal protein!

Even if I am a moderate vegetarian; and even if I love animal protein; even if I had to rethink my diet and rethink where I eat; even if I miss fish every day and have to constantly think about how many times this week I had animal protein so that I don't overeat it; I DO IT!

And now that I understand a little better the mechanism behind the idea, I'm not so upset about giving up my fish. After all, my health is worth it!

And for those of you who read my blogs, you know that essential proteins rebuild the body - so I am not saying don't eat protein: eat the right protein! Raw veggies and legumes (chickpeas, lentils, etc.) are protein heavy in the raw form! And I do not mean canned or pre-prepared foods like store bought hummus - I mean RAW, baby!

Germinate those legumes! Eat crudits! With food, you can be ingenious and gourmet!

So don't despair! Go to your local library and ask your fab local librarian for my books! We can do this together!

Your health and mine are worth it!

Also, request your library to bring in my books to help you learn to eat raw, find recipes, understand why raw foods are more nutritious for you, and to learn other protocols not mentioned in my blogs:

Eating in the Raw'

CAROL ALT is a pioneer and chameleon in the entertainment industry; constantly on the lookout for new challenges. Since her days as the world’s most renowned Supermodel, Carol has gone on to be multi-award winning actor, successful entrepreneur, best-selling author on Raw Food and Nutrition, and the host of A Healthy You & Carol Alt on FOX News Channel.
Previous Sister Hero Next Air Purifiers