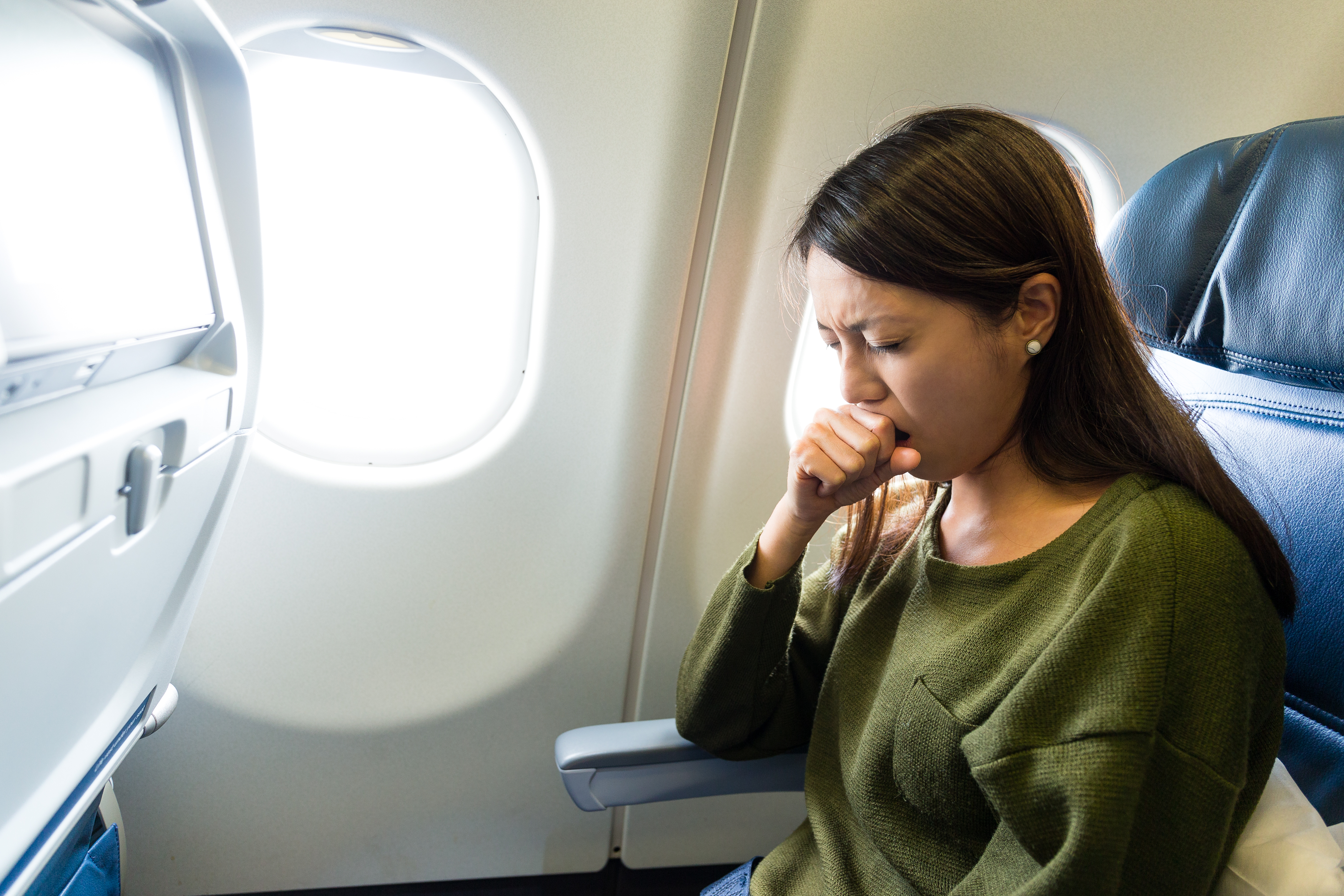 How crazy is this? So a friend of mine was flying in from LA last week, and the morning of his flight he woke up very ill. His boyfriend woke up in worse shape. So from his sickbed he called the airline that he was flying with that day and told them that both passengers were extremely sick and not able to fly.

The airline responded with the argument that they needed a doctors note before they could reschedule their tickets without penalty. If they didn't get the note, the attendant said on the phone, he could re-buy tickets for a $1000 or reschedule the tickets for about $1000!

My friend was too sick to argue - and he couldn't afford to lose the thousand dollars penalty charge to reschedule - so he and his boyfriend dragged their butts out of bed and onto the plane. Oh horror!

On the plane they were quite obviously ill - sweating, groaning, one of them threw up, and one passed out in his seat. Yet no one did anything! They arrived at my house very ill and I quarantined them to the back room. The following day they found a doctor, literally dragged themselves around the corner, and he diagnosed them both with the flu. But, one also had a double ear infection! Which they forced him to fly with!

The first thing I could think of was that I was so glad I was not on that plane: with that "flu air" floating around and then ending up in my lungs. I was incensed by the airline's rigidity in their ticket rules that put everyone on that plane at risk. It made me angry because the airline forced them to fly, to forfeit the money for their tickets, or to pay an extra thousand dollars to reschedule their existing ticket. None of these were viable choices. They punished the passenger for getting ill - even if the airline was sitting on his money for a month before!

I can't imagine how crazy an airline has to be to force sick people on planes where there is a closed unit/circulated air system, thereby infecting everyone - including employees!

I got sick from being on a plane once - or thought I had. The guy behind me coughed on me all the way to Palm Beach. I was frustrated the entire flight with his constant coughing and I cringed every time he made a noise! Two days later I was down for five weeks, too sick to work. When I was diagnosed with the superbug - pneumonia, bronchitis and the flu - I believed my doctor. I believed him because I was coughed on for the entire 2 1/2 hours that jerk was sitting behind me without a mask on, and I did not think to bring a mask with me because I WASN'T SICK!

But when you are in a service business and you force people who are too ill to fly to get in a plane or lose $1000 because they can't or don't have time to get a doctors note before the flight, I don't call that service! Not even to mention that they ended up in my home, where they were scheduled to stay for a week, and they were sick as dogs the whole time.

The only excuse I can make for the airline is that perhaps a lot of people call up sick when they want to change their flights. But in my book, because it's my health and your health we are talking about, they should err on the side of caution. Caution for the health of every other passenger on that flight. No wonder we have epidemics of the flu and other illnesses when the airlines have a policy that in effect helps to spread sickness!

My friend only wanted to change his flight by a couple of days until they felt better. But even that somehow looked suspicious to the attendant helping them (or in this case, not helping them!)So they got on the plane, and I am sure they infected many people around them: they were infectious while they had the fever, which is exactly when they flew, and exactly when they landed at my house.

But see? I am strong. My immune system is strong. I never got sick from the jerk on the plane coughing on me and I didn't get sick from my friends either, thank goodness. Even when I thought that idiot coughing on me all the way to Palm Beach had affected me, in fact he had not. (What had affected me was a bad massage where somebody stuck an elbow in my back and cost me not just five weeks of my life - and two years of absolute agony - but it caused me to have flu-like symptoms.)

But if he had not been coughing on me, I would not have lost 5 weeks. I would have known it wasn't the flu! I would have looked for another cause of my symptoms. But because he was coughing on me, I was confused into believing my doctors, who diagnosed me based on the flight story. I did not think the massage was the cause - it was exactly the cause!!

But in the case of sick passengers, there has to be a better way! My suggestions are the following:

And as for me, I carry masks in my travel bag along with booties for walking through the TSA security. Why? Because I for one don't want to go through what I went through after that Palm Beach flight ever again.

We need the airlines to rethink their policies that deal with sick passengers. If you agree, pass the link to this blog around and let's get our voices heard.

CAROL ALT is a pioneer and chameleon in the entertainment industry; constantly on the lookout for new challenges. Since her days as the world’s most renowned Supermodel, Carol has gone on to be multi-award winning actor, successful entrepreneur, best-selling author on Raw Food and Nutrition, and the host of A Healthy You & Carol Alt on FOX News Channel.
Previous Texting Puts Stress on the Spine Next Nonexistent Benefits of Coffee