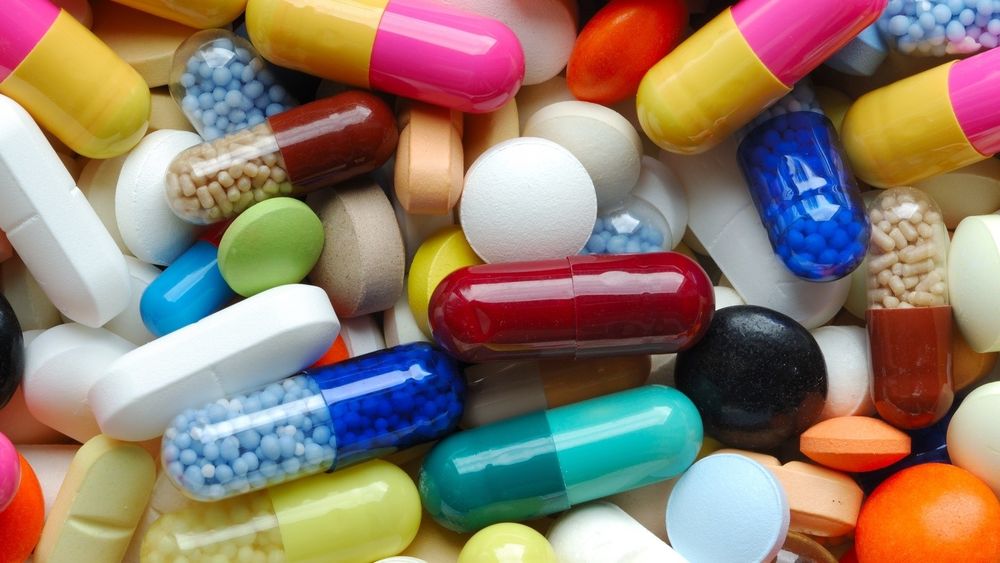 When I got involved with Dr. Gonzalez, I was already a full-fledged raw foodie thanks to Dr. Brantley, so I didn't need to learn about the nutritional part of the protocol. I need to know how to supplement the body, and tame cancer, to keep the body healthy. This I learned from Dr. Nicholas Gonzalez.

The question is: how did Dr. Gonzalez stumble on a protocol for cancer that worked?

Dr. Gonzalez was a med student working under the head of oncology at Memorial Sloan Kettering Cancer Center. To begin with, he was incredibly intelligent and very involved with conventional cancer protocols. He decided to write his master thesis on Dr. Kelley, a dentist in Texas, who had been saying that he had found the cure for cancer. Dr. Gonzalez thought that he would go down and spend a few days with Dr. Kelley, to go through a couple of files and come back and write a thesis disparaging Dr. Kelley and his work.

Instead, the complete opposite happened. Dr. Gonzalez changed his life and study to follow Dr. Kelley's protocol.

When Dr Gonzalez arrived in Texas, he found that Dr. Kelley had an entire room full of thousands of case studies. The files were broken down into three different piles:

Each patient had been diagnosed by a reputable hospital. So in other words they were sure of the diagnosis and the protocol results, as both tests were done by an independent hospital.

If they stayed on the protocol, they were usually still living years later (if they hadn't died from an accident) and he found that family support was very important in keeping people on their protocol. He was incredulous! This meant that the protocol actually worked.

Since the protocol was a mixture of the right kind of foods, enzymes, detoxing and the correct supplements - it had no negative side effects! Notice I said "the right" foods and "the right" , the right detox regime and supplements.

Understanding this means that to just decide to be vegan or vegetarian is not the right thing to do, for the body, if you're actually a carnivore and vice a versa. We're not talking morality here, we're talking health! So if you understand that the protocol talks about the right type of food, for a particular body, you can then imagine how important the proper daily supplementation is.

The protocol was simple enough: take a hair and/or blood test to find out what type of food you should be eating, what kind of supplements you should be taking, and if you were sick with cancer - taking huge amounts of enzymes to "dissolve" the cancer tumors. Even though every "body" is basically the same, because we all need vitamins and minerals, each body needs these vitamins and minerals in a particular way.

I know this sounds confusing. But here's how it worked for me and my boyfriend: He did the protocol prophylactically- as a preventative. I am very "acid" personality - many people who know me will probably agree with that! LOL! (Also known as Parasympathetic dominant)

Anyway, that means that the pH of my saliva and urine were consistently falling below 6.8. (and I measured that by doing a pH test)
(http://liveenergized.com/alkaline-diet-guides/how-to-test-your-ph-the-alkaline-test/)

My boyfriend, however, was a completely relaxed, alkaline personality. So, he had the possibility for alkaline based issues (very rare) and he was considered sympathetic dominant.

So what does that all mean?

Trying to make this as easy for me to follow my doctor told me the following:
What this means is that my body was carrying less oxygen in the blood. Why cancer grows in this environment is because cancer is an anaerobic cell. It thrives where there is less oxygen. It multiplies prolifically when there is low oxygen levels. Healthy cells however love and need oxygen-they cannot survive when oxygen levels are low. This oxygen is used for metabolic processes and reproduction.

No oxygen = no life

So for me, balancing out the system became imperative - I did this by eating as much raw food as possible, as raw food is very very alkalizing in the body! Supplementing my raw food diet with alkalizing minerals which neutralized acid in the tissues of my body, (minerals in a citrate form which was more alkaline) and vitamins to build my immune system. My boyfriend who was an extremely alkaline personality (very relaxed) balanced his system by eating more acid forming foods such as meat, tomatoes and spinach and by taking oratate-based minerals for his system.

What does this all involve?

I take my hair test bi-yearly and adjust my protocol accordingly- because the body changes constantly. And because I'm doing this....I've fought off cancer and kept myself healthy for the last 16 years of doctor Gonzalez's practice. And I have brought all my friends and family into the fold. Everybody does some form or another of this protocol.

For people who already have cancer, the doctor recommends adding pancreatic enzymes. What are pancreatic enzymes and how do they work? Pancreatic enzymes were a miracle founded by Dr. John Beard in the early 1900s. They gained no momentum because at the same time Madame Curie, who was very politically active, was pushing her radiation therapy. In an ironic twist, Madame Curie died of radiation cancer (cancer from radiation poisoning.) Yet we still insist radiation is so great and enzymes are so weird.

I wish we could just look at everything and choose what's right for us. But I digress: What enzymes do in this particular case is they inhibit the ability of a trophoblast, which can be a tumor, from implanting and draining a host body. (Trophoblasts and the Origins of Cancer by Dr. Nicholas Gonzalez)

The thing about cancer is that tumors basically send tubes into the bloodstream to drain the host body of nutrients so that it can feed itself and grow; thereby draining all the nutrients from the host body and killing it off. (By the way, enzymes are involved in everything the body does from blinking your eyelids to digesting food. They are very important!!!) Pancreatic enzymes basically inhibit the tumors from doing this. And Dr. Beard found this out in the early 1900's

Later, Dr. Kelley found this out when he tried to cure himself from his own cancer. He feared for his children that he had adopted. If he died who would take care of them? Fear is a great motivator, but love of your children is an even greater motivator.

This is Dr. Kelley story in a nutshell:
Dr. Kelley, was an Orthodox dentist working out of Texas. People traveled from all over the world to see him. At some point in his life, Dr. Kelley realize he had a lot to offer and he decided to adopt children. Then one day he noticed a lump in his left side; it turned out to be pancreatic cancer. It grew very quickly and it startled Dr. Kelley. It startled him into motion that is! He went and started studying and found that pancreatic enzymes really helped his condition. He wondered why nobody else had thought of this. Then he researched again and realize Dr Beard had, in fact, studied and successfully utilize pancreatic enzymes to cure his cancer patients. He treated himself with high doses of pancreatic enzymes, and he got the results he wanted: his pancreatic cancer went away! However, it came back again and he realize that it wasn't just about pancreatic enzymes, it's a whole comprehensive regime of pancreatic enzymes, the correct food, and correct supplements. But he wasn't talking about a multivitamin. (Even with a multivitamin there's things in there that I need that you don't; there's things in there that you need that I don't. So why pay for and why take vitamins and minerals you don't need?)

Anyway, his protocol worked and it seemed to have worked for the thousands of cases he was conducting and it worked very well for Dr Gonzalez- and it certainly worked for me! The only prerequisite to doing the protocol is that you need to be able to eat! Seems easy enough!

So since I was able to reverse my health issues and remain healthy based on the raw food of Timothy Brantley and the supplementation an enzyme therapy from Dr. Gonzalez, I am nominating food, and supplements and enzymes as the top cancer fighters!

One little tip: cycle off your protocol for a few days periodically to give your body a rest and allow it to dump what it doesn't need.....

Request your library to bring in my books to help you learn to eat raw, find recipes, understand why raw foods are more nutritious for you and to learn other protocols not mentioned in my blogs.

You need to find what diet works best for you- I have a few friends who thrive on cooked- not because they like it better, but because a doctor tested them and said that this is what they should eat! That info even surprised my doctor when he started his practice

CAROL ALT is a pioneer and chameleon in the entertainment industry; constantly on the lookout for new challenges. Since her days as the world’s most renowned Supermodel, Carol has gone on to be multi-award winning actor, successful entrepreneur, best-selling author on Raw Food and Nutrition, and the host of A Healthy You & Carol Alt on FOX News Channel.
Previous The Fire Inside – and The Fire You Use On Food Next The Times They Are A-Changing