Who Knew That Was Toxic to My Cat? 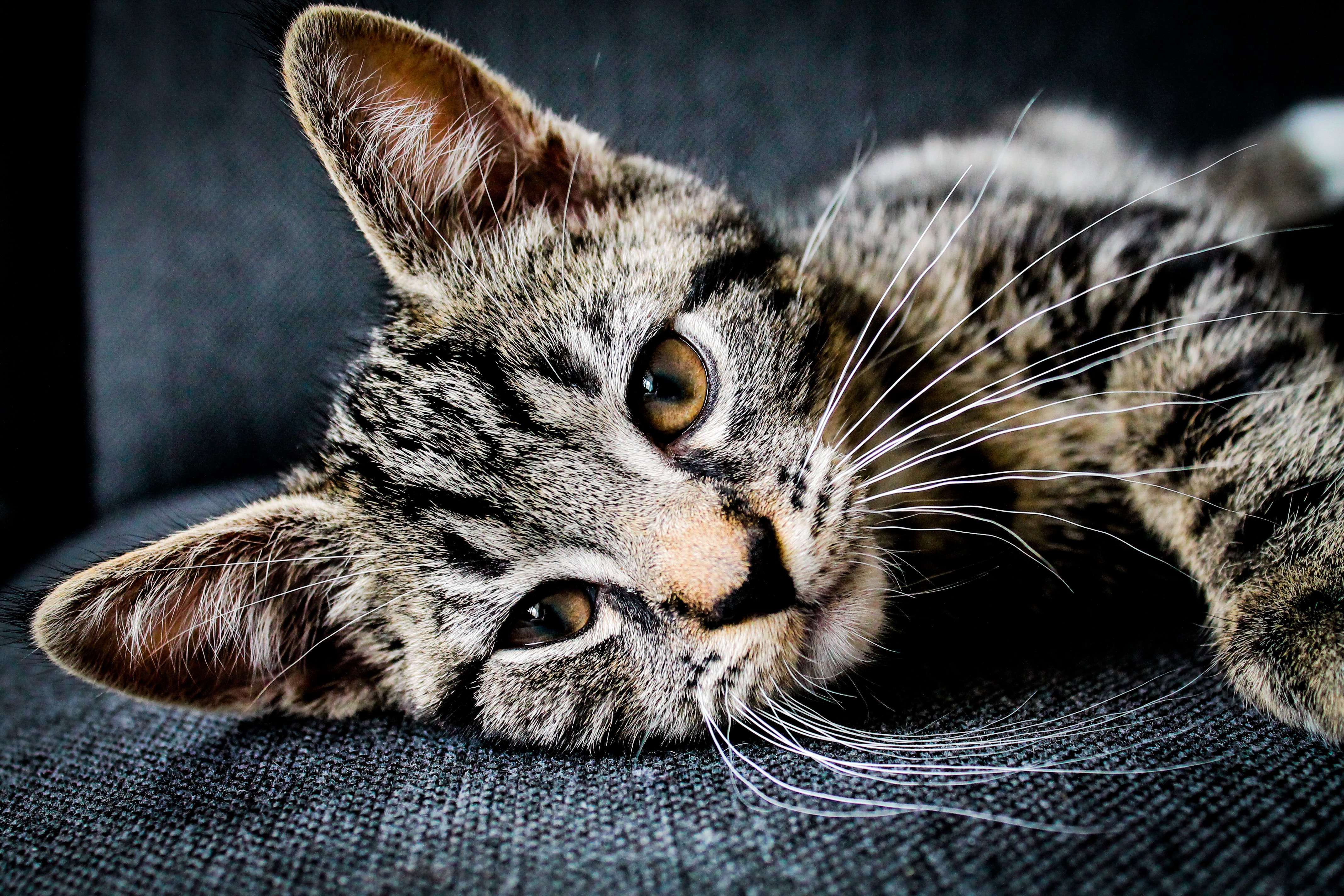 So I adopted a new kitty - I must be out of my mind! As if I didn't have my hands full with Sammy, my rescue from last year, I got him a twin sister. The shelter in my neighborhood was having trouble placing this little black kitty because, well, first of all she was black, and second, she had a damaged eye. The shelter knew that I had a black cat because they saw Sammy on Twitter, so they reached out to me.

So, I said I would try to find the new kitty a home because I wasn't sure how Sammy would respond to another cat in his space. But little did I know how lonely Sammy was! Sammy went straight for her! He wanted to be friends so badly; she, however, whacked him on the head immediately. I guess everybody has to state their territory and boundaries.

Well it's a week later now, and they've began to settle in, and I began to think about de-parasitizing the new visitor. I have been very careful in the past about touching strange animals or being outside in the city and coming home and touching Sammy before washing my hands. Sammy and I did a parasite cleanse last year when he arrived so that we could both be clean and start at the same starting point.

There's no way to completely avoid bacteria and parasites - in fact, it's important for your body to be in contact with bacteria. A body that's too clean is not good because it becomes weak and unable to battle bacteria. Therefore, a too-clean body can become sick more easily because it's weak and not used to battling bacteria: you can't completely keep the body from picking up bacteria. But the body has to be strong and fight bacteria every day.

Parasites are another animal altogether: we always have parasites, but I want to make sure the load - the parasite load - isn't too great. My health depends on it. In fact, detoxing and cleansing are part of my normal health regimen. Every couple of years or so I do a parasite cleanse anyway, so I figured with the alien newcomer it would be a good idea for both Sammy and I to join her, and we all three started a cleanse together.

Originally I had done the Hulda Clark cleanse with Sammy, and that was very complicated. You needed clove, black walnut, and parsley water. And even if Sammy liked the parsley water, getting him to take the cloves and the black walnut was difficult to say the least. And we had to do it for four weeks. This time, I got a little smarter and I thought about sovereign silver. I had just hooked my sister up with Robert Scott Bell to de-viral her, anti-parasite her, and help plant good probiotics. So I wondered, can this be done for animals?

I spoke with Robert Scott Bell and I asked him if he thought sovereign silver might be a good idea for a quick and easy parasite cleanse for me and the kitties. Much to my delight, he said absolutely! (Sometimes it's fun putting all this health stuff together!) So I went to get the aloe for my portion of the detox and the cleanest aloe I found had lemon lemon juice in it; but it didn't have potassium sorbate, citric acid, gluten, sugar, or sodium benzoate! (I know - can you imagine they put all that crap into fresh aloe vera?)

So I called Robert Scott Bell again and asked if the cats needed aloe in their cleanse. He said that they didn't, that a straight, little mini-quarter of a pipette twice a day would be sufficient. Well that's easy enough because it tastes like water and the cats didn't mind taking it. But then I started to wonder what would have happened if I had given them the aloe with the lemon, would that have harmed them? I never really thought about what harms animals - domestic animals - because cats are really picky eaters and normally wouldn't just eat most of the stuff we put down for them. But what if you were force-feeding them something?

So I thought I would share with you what I found out. This is what is toxic to domestic pets:

Mushrooms: Some mushrooms can be really poisonous to cats and dogs, so it's best just to avoid them all.

Ice Cream and Milk: Dogs cannot digest ice cream or milk in large quantities because they lack enough of the enzyme that breaks down lactose. It can cause diarrhea and digestive upset - I guess you could say they are lactose intolerant! Just like humans can be.As for cats, most cats won't drink it - it's kind of an urban myth that a kitten wants a plate of cream. None of my kittens have ever wanted it, of course there are those few exceptions to the rule.

Avocados: Contain persin (in the skin and pits) which can cause vomiting and diarrhea.

Xylitol: Just five pieces of gum can cause a 65lb dog's insulin levels to shoot up within 15 minutes of ingestion and the blood sugar levels to drop. This can cause lethargy and loss of balance. Without a vet's interception, it can cause permanent brain damage and liver failure - death within 24 hours. This stuff is seriously bad for animals.

Lemons: The acidity in lemons and limes mixed with psoralens can be very toxic to cats and dogs! See? I'm glad I looked this up because the aloe had lemon juice in it and that would've been really bad for my little kitties!

Onions: Have sulfoxides and disulfides which can break down red blood cells and cause anemia. Animals can tolerate garlic in very small amounts. However, WE might not be able to tolerate THEM after they eat it and they come and lick our faces! LOL!

Tomatoes and Tomato Plants: Both are poisonous to little kitties.

Chocolate: The chocolate is insidious because, dogs especially, have a sweet tooth. Because chocolate has an alkaloid (theobromine) in it, it's difficult for dogs to digest it quickly, so it builds up in the dog's body and can become toxic and can cause a heart attack.

Chicken Bones: I always knew chicken bones were toxic to dogs; not because they have a toxin in them, but because they can get caught in the mouth and in the throat. They can splinter, and it's the splintering that can jam into their throats and cause major issues.

Those are, generally speaking, the main "no-no's" for cats and dogs. If you have any experiences with things that are toxic to your cats or dogs, I'm all ears! Please Tweet me or Instagram me so that I can share them with others. When it comes to my animals' health, it's cheaper and less stressful just to keep them healthy.

CAROL ALT is a pioneer and chameleon in the entertainment industry; constantly on the lookout for new challenges. Since her days as the world’s most renowned Supermodel, Carol has gone on to be multi-award winning actor, successful entrepreneur, best-selling author on Raw Food and Nutrition, and the host of A Healthy You & Carol Alt on FOX News Channel.
Previous Let’s Talk Calories Next The Road Less Traveled