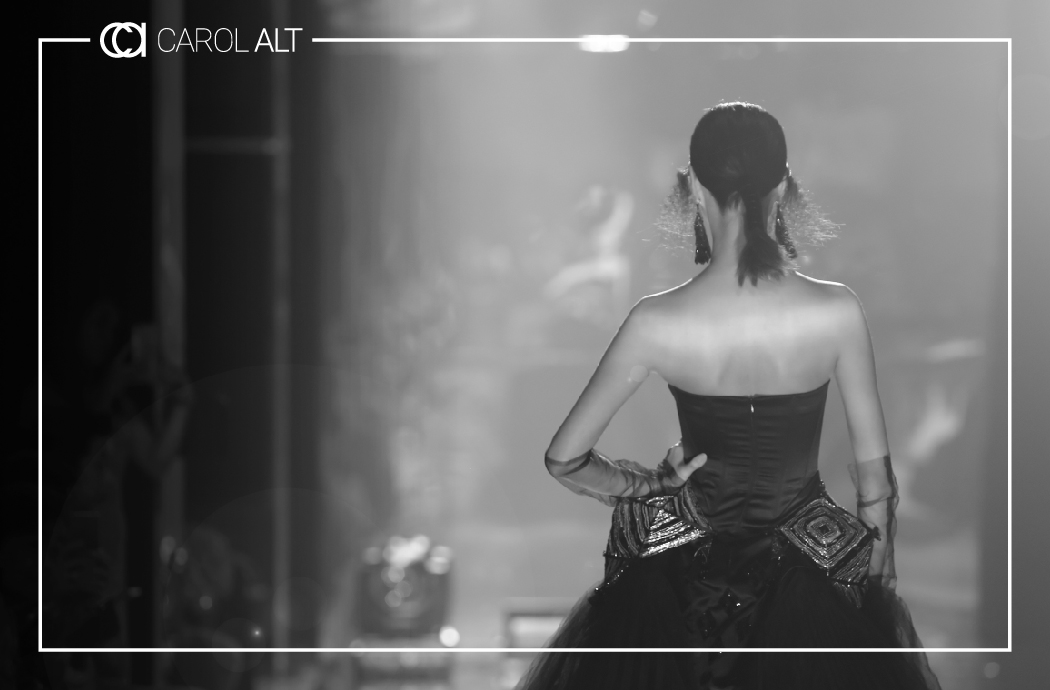 No matter who you are or what you do we all have a “personal brand” and values that we live by. We all have vital relationships that are key to our success, career and community. These relationships could be your relationship with your boss, business connections, family or friends. The value of these relationships is often intangible and irreplaceable. And, there’s always a reason for everything that you do in business.

At the time that I was walking the runway, $700 wasn't a lot. But it certainly helped me to pass the time while I was supposedly "overexposed" in my business. And in the early 80s, my business was modeling.

I actually liked walking in shows. Most of the shows were in the atelier of the designer you were walking for, one or two might have rented a bigger space because they had more people. But it certainly was not the star-studded attraction that they turned out to be in the 90s. Once I started to walk the shows, the agencies also looked at this as a new stream of revenue. So suddenly, many other girls were walking shows too.

From back rooms to star studded venues

I'm not really sure how runway shows were expanded from back rooms to giant venues that held hundreds of people and front row stars, but we all certainly know that it got there. I remember when I walked Valentino as a model, Christopher Reeves came to the show in Valentino's atelier in Rome. I must've been 19. We were all so excited that there was a "star" in the audience.

By the time the 90s rolled around, what a change in the shows! I was now a big actress myself in Europe. Doing at least three or four films - per year. To date, I've lost track of how many films I've done. During this time, I was asked by both Gian Franco Ferre and Mr. Valentino to walk their shows. Specifically, they were requesting me to do the finale in a show (the opening or the closing is the most coveted spot for a famous person to walk in a show). Either you open the show if you're a big name, or you close the show.

I was asked to close the show by both designers. That meant I was endorsing their line. I was their testimonial face – and for that they offered me $50,000 each.

I decided to turn them both down. Why? I found it impossible to be the testimonial for both designers. I loved both men, and I wore both designers on the red carpet. And both designers had loaned me clothes for the films I was in.

I didn’t want to create tension or hard feelings so I had a great “excuse” - I was shooting a film. And in fact I probably was shooting a film, but most likely I could have requested time off to walk the show. I could've worked it out with the producers. But it certainly was easier, and more out of my control, and less insulting to each designer if I blamed the production. Even if my intentions were completely altruistic, I didn't want one designer or the other to feel bad that I was turning them down. I could either pick one or none, but I could not be the testimonial for both during the same season.

So I felt that I had done the right thing, but it certainly hurts to say no to a hundred thousand dollars! Especially in the 90s when $100,000 was a lot of money; I understand it's not so much money today. But no matter the value - I strongly believe in preserving your relationships – even if in the end it costs you. I believe relationships in business are everything.

Plus, I felt richer turning down their offers, knowing I did the right thing.

CAROL ALT is a pioneer and chameleon in the entertainment industry; constantly on the lookout for new challenges. Since her days as the world’s most renowned Supermodel, Carol has gone on to be multi-award winning actor, successful entrepreneur, best-selling author on Raw Food and Nutrition, and the host of A Healthy You & Carol Alt on FOX News Channel.
Previous Ugly Brownies Next Field Greens Salad With Creamy Black Pepper & Sage Dressing