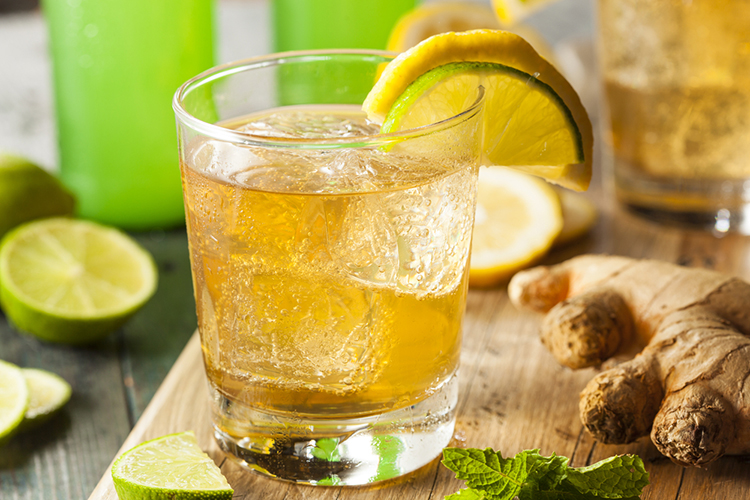 Watching NY1 one morning on Spectrum, I was interested to see that during Pat Kernan's ‘In The Papers' segment, he referenced a story on soda settling your stomach. He mentioned that when he was a kid, his mother used to give him soda - Ginger Ale specifically - to settle his stomach when it was upset. He then mentioned that the article said there is no value in giving people soda when their stomach is upset.

I think the point of Ginger Ale when your stomach is upset is not because it's soda, the reason that Ginger Ale used to be the soda of choice to settle your stomach was because it was actually made with Ginger.

The interesting thing about products on the market today is that they constantly change.

Well, the same goes for Ginger Ale. If you take the ginger out of Ginger Ale, all you have is a commercialized soda that doesn't have any medicinal effect. And that can be said about many other products on the market today: when they were originally created to serve a purpose, they became popular as a luxury drink or food or product, and that status changed how it was made.

Because Ginger Ale is no longer needed to help you settle your stomach because there are so many chemical/pharmaceutical products on the market that do that, it has become a social drink and therefore has been watered down. It can now be mixed with alcohol, changed, and recreated into something completely different.

If you still wish to have a real homemade Ginger Ale, it's very easily made. Boil water, slice up fresh ginger, drop the ginger to the boiling water, let it boil for 10 minutes, then let it soak for a couple of hours. Add some raw honey to taste, mix to get the honey to dissolve, add ice and serve.

If you actually don't feel well, adding a little bit of lemon and no ice can serve to actually help you if you've really got a tummy-ache!

CAROL ALT is a pioneer and chameleon in the entertainment industry; constantly on the lookout for new challenges. Since her days as the worldâ€™s most renowned Supermodel, Carol has gone on to be multi-award winning actor, successful entrepreneur, best-selling author on Raw Food and Nutrition, and the host of A Healthy You & Carol Alt on FOX News Channel.
Previous Acid Reflux is an Indicator of Aging? Next How Important is Activity to Our Health?