Are Your Teeth Killing You? 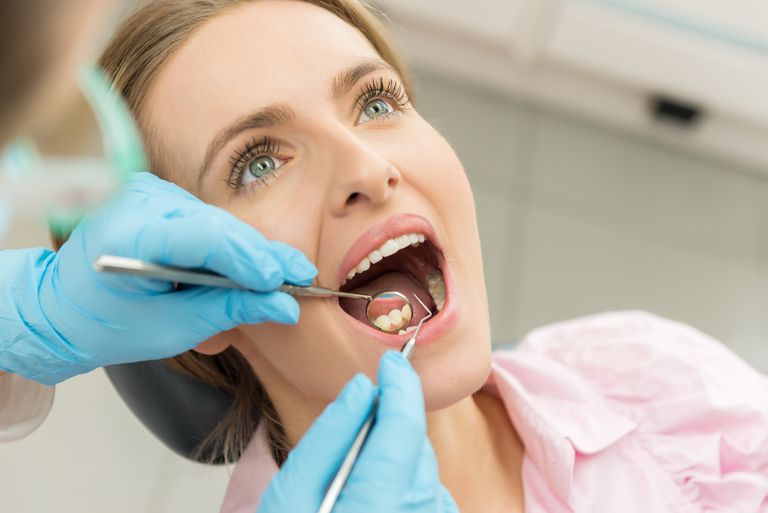 The first time I found this out, I went immediately to the dentist to have my amalgams removed. It took a specialized dentist, covered with a surgical mask and running commercial air purifiers in a closed room - with a damn under the door to keep the air from seeping out under the door - to remove them! Want to feel like a criminal? Get your amalgams removed: the dentist used gloves, a surgical mask, a surgical cap, and a surgical apron and booties - it was really a site. A site I never want to see again!

I remember my dentist who put my amalgams in- he did it with bare hands, no mask. No whizzing air purifiers, and no sealing off of the dental room where it was done. This time around, as I lay in the chair to have any remaining "silver" removed, I had a dental dam which covered my face and nose and prevented the Mercury from falling back into my mouth into my throat where I might have swallowed it. They also used two vacuums to suck out any saliva or pieces of amalgam that may have broken off or sprayed out into my mouth.

Even as I went through this ordeal, I lay in the dental chair thinking that, strangely enough, amalgams are in the mouths of millions of people across the country, all who are swallowing and breathing and eating the Mercury from these fillings 24 hours a day!! Since mercury is one of the heavy metals that can absolutely cross the blood/brain barrier (meaning that it can leave your blood vessels and leach into the tissue of the brain), the first thing I would do if I ever had an issue with mental health or deteriorating health like MS, would be to check my body for mercury and remove my fillings.

There has been evidence, or so I'm told, of people being diagnosed with MS who removed their fillings and the symptoms went away. I can imagine that there's been many a false diagnosis of MS because, apparently, the symptoms are very similar. Except with mercury poisoning, once you remove the source of mercury and use a heavy metal detox to detoxify the body, the symptoms usually go away.

In any case, the blood-brain barrier can be crossed, and chemicals and heavy metals that do that enter the brain and may alter our state of mind.

What do you do if you think you have symptoms that can be traced back to amalgam fillings? Do as I did: I immediately had them removed, and then I started a heavy metal detox. You can be tested to see if mercury is in your blood and in your body.

That's what I did - my dentist actually had me tested. And after all the detoxing I had done, I thought I would be clean. When he called me to tell me I had high levels of mercury, I was shocked. Then I realized I'm eating it and swallowing it every day with every breath I take - I'm ingesting mercury. So I had them removed, got a heavy metal detox, and I have my hair tested for mercury every three months.

Now I know I'm an extremist, but I had other health issues as you all know. But testing every couple years for mercury, in this day and age with fish that contains it, and staying on a steady detox could be a pretty good way to rid yourself of some related health issues.

CAROL ALT is a pioneer and chameleon in the entertainment industry; constantly on the lookout for new challenges. Since her days as the world’s most renowned Supermodel, Carol has gone on to be multi-award winning actor, successful entrepreneur, best-selling author on Raw Food and Nutrition, and the host of A Healthy You & Carol Alt on FOX News Channel.
Previous Breasts Are A Beautiful Thing – Protect Them Next I Like Being First