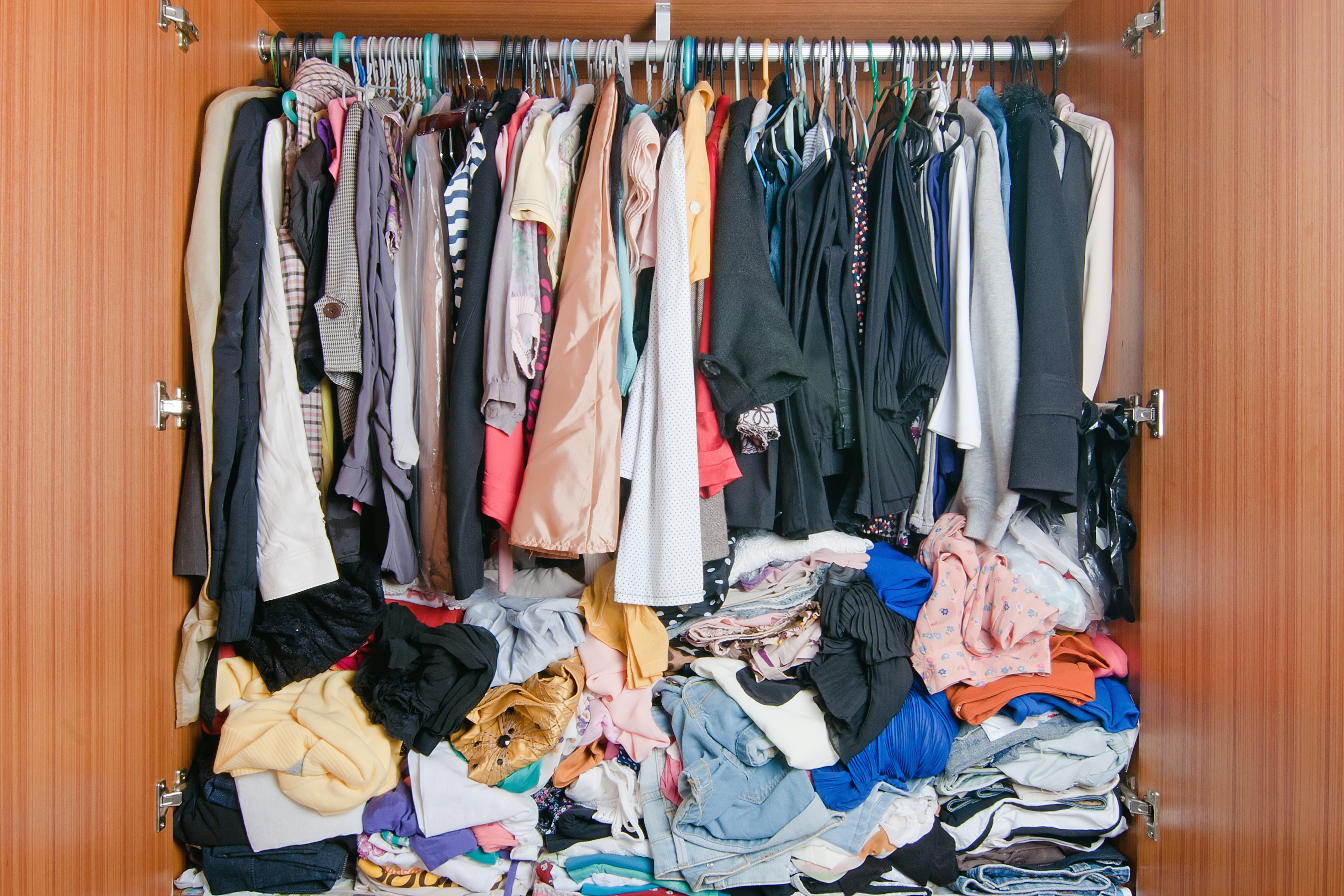 Usually when I speak about purges it's a physical detox of the deep cleansing kind. But I just did a purge of another kind.

I was having lunch one day with my friend Susie and she got a text. She smiled and looked up at me and said that she just made some money! She said that she had consigned all of her clothing that she didn't wear, or didn't like, to a company that sells it online. She said it was the best thing she ever did; sitting on top of all that stuff was draining her energy. And since I'm always in search of things that give me more energy, I decided to try her type of purge.

So I took the telephone number and spoke to a really nice woman named Skye, and made an appointment for her to come and help me purge my closet. Since I had just donated a lot of clothing - not only just recently, but have been donating for the last several years - I didn't think I had anything; in fact, I gave 30 pieces to a friend of mine in the previous two weeks.

So I thought I didn't have anything that needed to go. And then I started "cleaning my closet."

I came up with 100 pieces - well no honestly, over 100 pieces - of clothing that had not gone out in donations and was not given to my girlfriend or sisters. I didn't think I had that many pieces in my entire house, much less that many pieces to cull from my closets and still have stuff left for me to wear.

I was quite amazed. There were pieces from movies, television series, my Fox TV show, pieces given to me by designers that I never wore, some things with tags and tickets still on them. I'm not sure when I became a collector of things, but I have. Or should I say, I "had."

Everything gets recycled, so I shop for classic pieces. That way one or two new pieces per season per year and I'm good to go. But even so, over the course of a lifetime and a career, even one or two pieces per season can add up - even if you are continuously donating and giving things away to family and friends.

It just felt like 2016 needed a good purge to start the year. So where did I do this amazing purge? The Real Real. And what will I do with the money that my consigned clothing raises? I'm deciding which charity. I've already made a pledge to one foundation, Tamfi.com, my brother's memorial charity.

Amazing how good a purge can feel, and amazing how much good it can do.

CAROL ALT is a pioneer and chameleon in the entertainment industry; constantly on the lookout for new challenges. Since her days as the world’s most renowned Supermodel, Carol has gone on to be multi-award winning actor, successful entrepreneur, best-selling author on Raw Food and Nutrition, and the host of A Healthy You & Carol Alt on FOX News Channel.
Previous Coffee Enemas Next Let’s Talk Calories